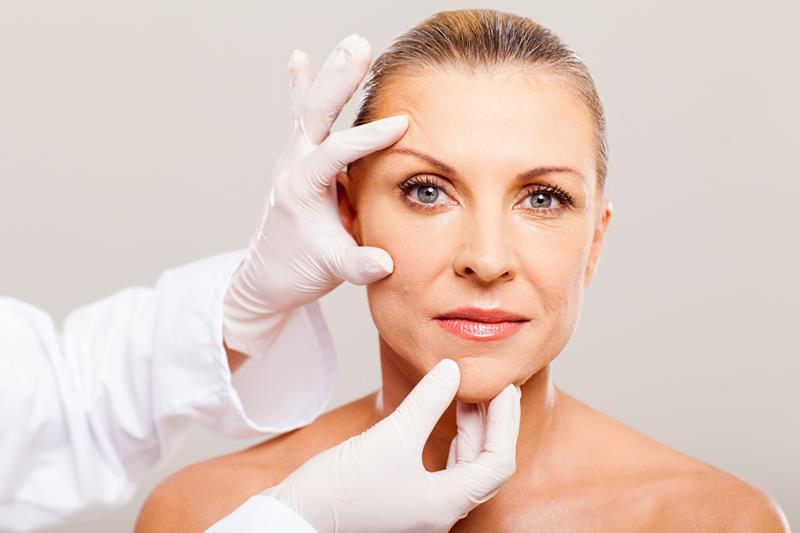 A facelift, technically known as a rhytidectomy, involves improving the appearance of how the face and neck skin area appear. This surgery can improve the look of skin that has begun to show the effects of aging. Common areas treated include sagging facial skin, the increase of folds and wrinkles around the mouth and nose, layers of skin sagging underneath the chin that creates an effect known as “turkey neck,” and jowls.

It should be noted that skin doesn’t show signs of aging simply due to time alone. Weather, diet, drinking alcohol, smoking, work environment, and one’s genetic background all contribute to how he or she will appear with age. Chronic stress can also be a big negative factor in general health and appearance as well.

Facelifts can also be combined with other procedures for overall enhancement of one’s face appearance. These additional procedures can include brow lifts or treatment of the eyelid area to remove the heavy bag look under the eyes or droopiness over them. Both will make one’s eyes look more youthful. Along the same lines, fat filler or transfer can be utilized to add volume again to areas where age has caused the loss of fatty volume, contributing to sagging. Additionally, skin treatments can also be applied as well for improved skin surface and texture.

Unfortunately, despite some of the great advancements in the procedure, a facelift won’t stop the aging process and it won’t fundamentally change how a person looks. Furthermore, the procedure must be handled as a surgery by a trained and licensed physician. There is no such thing as an outpatient, non-surgical facelift.

If you or someone you know is interested in a facelift procedure, the first step to take is a consultation. This will cover the educational process on many of the points above and what specific procedure are possible for your specific needs and choices.

What Our Patients Are Saying

Love, love Dr. Daniels and his staff!!! I would never go anywhere else. I've had several different procedures done from surgery to skin care and I've never been so happy with the results!! Thank you Dr. Daniel's for everything you've done to make me feel better about myself!!

Our baby boy suffered a hefty forehead injury on Super Bowl Sunday. Dr. Daniels dropped everything to come to the hospital and make sure our son was properly taken care of. His work is amazing, you wouldn’t even know he had multiple stitches in the front center of his forehead. His dog Brody is such a great touch and makes the kids so happy to visit his office for follow-up visits as well. Very down to earth and great to work with. Would trust him again in a heartbeat if I, o… See More

With 4 active kids, we have required Dr. Daniels ER services more times than we would like to count. He is the best with the kids - making sure they know what to expect, going at their pace and making the whole "process" of ER stitches a lot less scary! He is always available and arrives with a smile! We could not have had a better experience each time we needed him! Hats off to Dr. Daniels!!!

Dr. Daniels was amazing this weekend!! He came in late Friday night to stitch up our 13-years-old's lip which had been torn in half earlier that night. The whole experience had been a nightmare before he showed up with his sutures. If my son's face retained any of it's original beauty it is because of Dr. Daniels' dedication and talent. His ER bedside manner is also excellent -- not just for the patient but for his parents as well!!

Call Us Text Us